Whitetip’s services, it’s cooperation with Saxo Bank as well as the activities of it’s main shareholder in the fields of renewable energy,real estate and startups were presented during a special event at Whitetip Investments AEPEY’s offices in Athens, Greece.

During the presentation, the CEO of Whitetip Investments AEPEY, Babis Angeletopoulos, developed the possibility, for the Company’s customers, to invest in both the financial markets and the real economy with the simultaneous incorporation of technology and the human factor.

Particular emphasis was placed on the Introduting Broker relationship between Whitetip Investments and SAXO BANK, through which investors who have opened an account with the Bank, gain access to 30 Stock Exchanges and over 30,000 different financial products, can receive investment services, transmission of orders and investment advice from the specialized executives of Whitetip Investments AEPEY.

This provision is in full compliance with the requirements of the times, as according to a survey conducted by Greenwich Associates, 70% of professionals who conduct electronic transactions internationally, require a cooperation with sales traders, which forms a significant investment advantage for Greek investors.

The event was attended by Peter Grarnry, Equity Strategist of Saxo Bank, who presented the Bank’s investment strategy for the stock markets of Europe and America as well as the methodology to be followed for the selection of specific sectors and shares.

The event was closed by Mr. Vassilis Stivaktakis, Co – founder and CEO of OSEVEN. The Company develops a pioneering InsurTech application that records driving behavior and collaborates with companies such as ERGO, Interamerican and InsuranceMarket, while it is in the process of “closing” agreements in the European Union and the Middle East. Yarrow Capital UK, a subsidiary of Nea Electra SA, a major shareholder of Whitetip Investments SA, also participates in the Company. It is the first joint venture between Whitetip Investments and its clients. 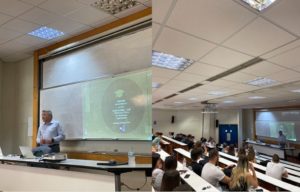 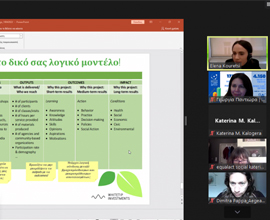 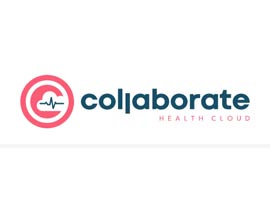 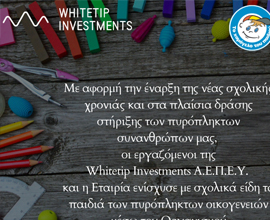